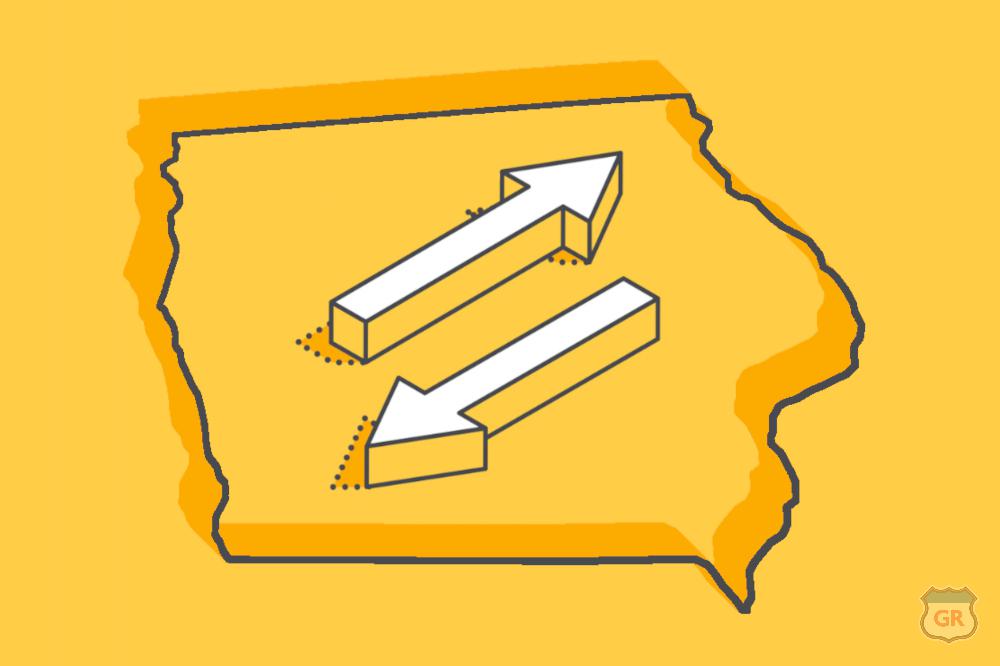 The lineup of real money online sportsbooks available in Iowa has changed slightly, with SuperBook entering, making IA its sixth jurisdiction, and Unibet Sports heading for the exit.

Unibet is on the license of Harrah’s Council Bluffs Casino, another property owned by Caesars. Kindred clinched market access in Iowa through a partnership with Caesars formed in February 2020.

From the Cyclones and Hawkeyes to the Field of Dreams, Iowa has one of the best sports traditions in the country. SuperBook CEO Mark Lipparelli said the company was excited to be launching in the Hawkeye State. It will be the state’s 19th online sportsbook — with the number expected to drop back down to 18 once Unibet leaves.

“From the Cyclones and Hawkeyes to the Field of Dreams, Iowa has one of the best sports traditions in the country,” Lipparelli said. “Many sports fans from Iowa have undoubtedly visited our iconic Las Vegas sportsbook, and now they can access those same great betting options from home.”

The massive retail sportsbook at the Westgate Las Vegas Resort & Casino inspired SuperBook. It debuted in Nevada in January 2016.

The brand didn’t enter a second state until January 2021, when it launched in Colorado on the land-based casino license of The Lodge Casino at Black Hawk. Colorado is a popular choice as the second (or first) go-live state for smaller sportsbooks or among those based overseas and looking to enter markets in the US.

An Arizona launch followed in December 2021. SuperBook entered a partnership with the Fort Mohave Indian Tribe, which owns and operates the Spirit Mountain Casino in Mohave Valley, AZ. SuperBook launched in Tennessee, a state with no land-based casino gaming, in April 2022.

SuperBook said it plans to launch in additional states shortly but did not provide a timeframe.

As part of our efforts to continuously optimize the business and what we do, we have reviewed the state footprint in line with our strategy to focus more on multi-product states and have decided to exit Iowa. During an October 27 earnings call to discuss Q3 2022, Kindred CEO Henrik Tjärnström said Unibet would exit Iowa during Q4 2022. The brand launched in the state in September 2021.

Tjärnström said the exit is part of Kindred’s evolving strategy to expand in North America. The company said it will now focus its investments on jurisdictions with multiple verticals — not in places with just sports betting, like Iowa.

“As part of our efforts to continuously optimize the business and what we do, we have reviewed the state footprint in line with our strategy to focus more on multi-product states and have decided to exit Iowa,” Tjärnström said during the call.

Iowa was likely cut from Kindred’s future plans because of the state’s small population (3.2 million residents) and the fact that Unibet was one of the smaller online sportsbooks.

Data from the Iowa Racing and Gaming Commission (IRGC) show Unibet Sportsbook generated a $4.7 million handle over the last 12 calendar months — between October 2021 and September 2022. By comparison, market leader DraftKings generated a handle of $66 million in September 2022 alone.

Kindred is still growing its presence in the US. It entered a six-year agreement with the Swinomish Indian Tribal Community in Washington state. The company plans to open a Unibet-branded retail sportsbook at the Swinomish Casino & Lodge in Anacortes, WA, in early 2023.