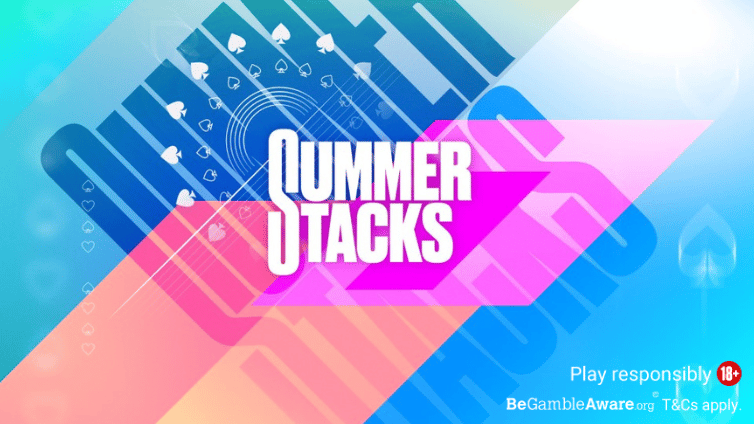 The second installment of the PokerStars US' Summer Stacks Series has returned to the operator’s US market spanning Pennsylvania, Michigan, and New Jersey.

The series kicked off last week on June 10 and will run through the end of this month across all PokerStars PA, PokerStars MI & PokerStars NJ simultaneously.

Over $2.7 million in guaranteed prize money is on offer. Pennsylvania takes almost half of that, boasting guarantees of $1.25 million; the Michigan series guarantees over $1 million; the one in New Jersey is just north of half a million. This is almost exactly the same as last year.

Buy-ins are quite affordable, running from $5 to $100. Main Events cost $100 in each of the three states but the guarantees vary: Pennsylvania is the largest of the three, with a guarantee of $125,000. Notably, this is 25% larger than the previous year.

Aside from the main attraction, filling up the schedule is a variety of tournaments, though most are of course No Limit Hold’em. 8-handed is the most common format, with only a few 9-handed or short-handed. A variety of tournament formats are included — typical with any PokerStars series — including bounty, Zoom, deepstacks, turbos and hyper-turbos and more.

Besides No Limit Hold’em, players will also find Omaha and other niche variants such as 8-Game, HORSE, Stud and Draw.

One-third of the series is already complete; over $850,000 in prize money has been paid out across the three series so far.

To encourage players to participate in the series, the operator is offering extra value by running a Deposit Bonus as well as Second Chance freerolls.

These offers are open to new customers too, who have time to sign up to PokerStars, claim a deposit bonus and take part in the series.

Much like last year, the schedule for Summer Stacks series in Pennsylvania and Michigan is nearly identical with similar buy-ins but the New Jersey series is slightly more expensive and features fewer niche events.

It remains to be seen how the operator would schedule the series once the New Jersey player pool merges with Michigan. Last month, the state of Michigan officially became part of the Multi-State Internet Gaming Agreement (MSIGA) which would allow operators to merge player pools with states that are part of the pact.

Currently, only four states are part of the interstate compact: Nevada, Delaware, New Jersey and Michigan. This means that PokerStars would be able to connect its PokerStars NJ pool with PokerStars MI. However, before it can do so, it needs authorization from the Michigan Gaming Control Board (MGCB). The timeline for that is not yet known.

Pennsylvania, the fifth most populous US state, and the largest with regulated online poker, has yet to join the MSIGA, but it has indicated an interest in the past. PA joining the multi-state compact would be a major boost to the growth of the US online poker industry. Tournament prize pools would flourish and make the offerings even more attractive.

The Summer Stacks Series on the PokerStars USA network runs until June 27.